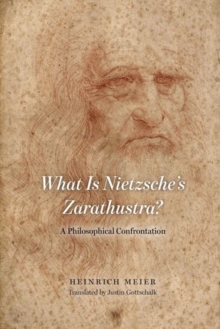 What is Nietzsche`s Zarathustra? - A Philosophical Confrontation Hardback

Thus Spoke Zarathustra is Nietzsche's most famous and most puzzling work, one in which he makes the greatest use of poetry to explore the questions posed by philosophy.

But in order to understand the movement of this drama, we must first understand the character of its protagonist: we must ask, What Is Nietzsche's Zarathustra?

Via a close reading that uncovers the book's hidden structure, Meier develops a highly stimulating and original interpretation of this much discussed but still ill-understood masterwork of German poetic prose.

In the process, he carefully overturns long-established canons in the academic discourse of Nietzsche-interpretation.

The result is a fresh and surprising grasp of Nietzsche's well-known teachings of the overman, the will to power, and the eternal return.

Also by Heinrich Meier   |  View all 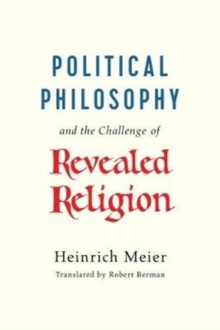 Political Philosophy and the Challenge... 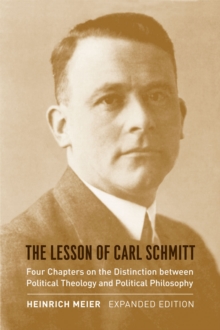 The Lesson of Carl Schmitt 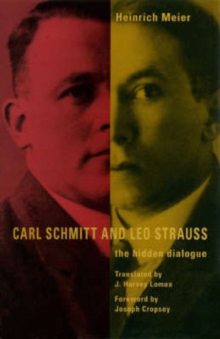 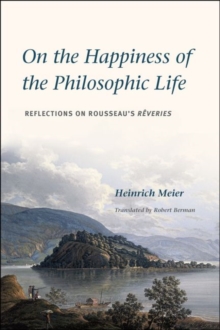 On the Happiness of the Philosophic Life