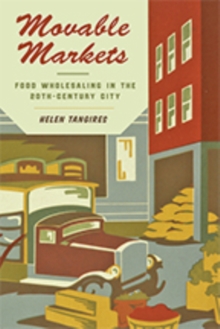 Part of the Hagley Library Studies in Business, Technology, and Politics series

In nineteenth-century America, municipal deregulation of the butcher trade and state-incorporated market companies gave rise to a flourishing wholesale trade.

In Movable Markets, Helen Tangires describes the evolution of the American wholesale marketplace for fresh food, from its development as a bustling produce district in the heart of the city to its current indiscernible place in food industrial parks on the urban periphery. Tangires follows the middlemen, those intermediaries who became functional necessities as the railroads accelerated the process of delivering perishable food to the city.

Tracing their rise and decline in the wake of a deregulated food economy, she asks: How did these people, who occupied such key roles as food distributors and suppliers to the retail trade, end up exiled to urban outskirts?

Moving into the early twentieth century, she explains how progressive city planners and agricultural economists responded to anxieties about the high cost of living, traffic congestion, and disruptions in the food supply by questioning the centrality, aging infrastructure, and organizational structure of wholesale markets.

Detailing the legal, physical, and organizational means behind the complex exodus of food wholesaling from the urban core, Tangires also reveals how the trade adjusted to life beyond the city limits as it created new channels of distribution, product lines, and markets.

Readers interested in US history, city and regional planning history, food history, and public policy, as well as anyone curious about the disappearance of the central produce district as a major component of the city, will find Movable Markets a fascinating read. 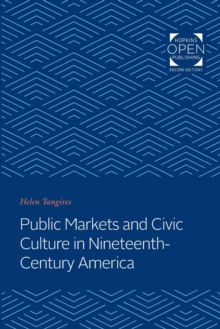 Public Markets and Civic Culture in... 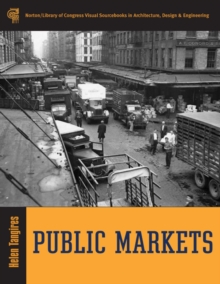