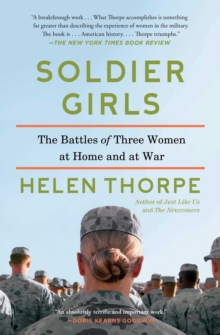 Soldier Girls : The Battles of Three Women at Home and at War EPUB

A raw, intimate look at the impact of combat and the healing power of friendship (People): the lives of three women deployed to Afghanistan and Iraq, and the effect of their military service on their personal lives and familiesnamed a best book of the year by Publishers Weekly.

In the tradition of Adrian Nicole LeBlanc, Richard Rhodes, and other masters of literary journalism, Soldier Girls is utterly absorbing, gorgeously written, and unforgettable (The Boston Globe). Helen Thorpe follows the lives of three women over twelve years on their paths to the military, overseas to combat, and back homeand then overseas again for two of them. These women, who are quite different in every way, become friends, and we watch their interaction and also what happens when they are separated. We see their families, their lovers, their spouses, their children. We see them work extremely hard, deal with the attentions of men on base and in war zones, and struggle to stay connected to their families back home. We see some of them drink too much, have affairs, and react to the deaths of fellow soldiers. And we see what happens to one of them when the truck she is driving hits an explosive in the road, blowing it up. She survives, but her life may never be the same again.

Deeply reported, beautifully written, and powerfully moving, Soldier Girls is a breakthrough work...What Thorpe accomplishes in Soldier Girls is something far greater than describing the experience of women in the military. The book is a solid chunk of American history...Thorpe triumphs (The New York Times Book Review). 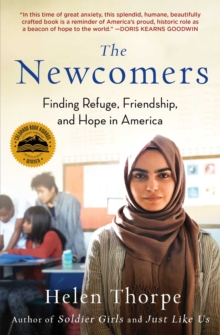