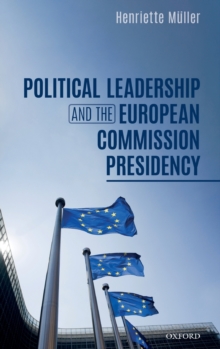 The EU's pluralistic, nonhierarchical system of multilevel governance lacks clear structures of both government and opposition.

According to the EU treaties, the presidency of the European Commission is thus not explicitly expected to exercise political leadership.

However, the position cannot effectively be exercised without any demonstration of such leadership due to its many leadership functions.

The basic argument is that Commission presidents matter not only in the process ofEuropean integration, but that their impact varies according to how the different incumbents deal with the institutional structure and the situational circumstances, and thus their available strategic choices.

The primary research question is thus, What makes political leadership in European governance successful and to what extent (and why) do Commission presidents differ in their leadership performance?

In addressing this question, this book departs from existing research on EU leadership,which has to date often analysed either the EU's institutional structure and its potential for leadership or mainly focused on only the most recent incumbents in case study analyses.

Focusing on the multiterm European Commission presidents Walter Hallstein, Jacques Delors, and Jose Manuel Barroso, thisbook conceptualizes their political leadership as a performance, and thus systematically analyzes their agenda-setting, mediative-institutional, and public outreach performance over the entire course of their presidential terms.