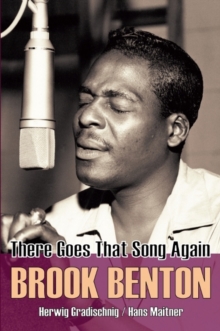 Brook Benton was a magnificent singer who could handle anything from blues, jazz and soul to country, pop and standards.

His version of Tony Joe White's 'Rainy Night in Georgia' -- an international smash in 1970 -- remains a timeless classic.

The biography by Herwig Gradischnig is based on an album of newspaper cuttings personally compiled by Benton.

These contain his views on a wide variety of topics, as well as reviews of his work.

Personal interviews conducted in the USA with members of Brook's family have also been included.

A significant portion of the text is dedicated to detailed discussion of his recordings and analysis of his distinctive vocal style.

In this, it far surpasses all others published to date, which generally account for only around 300.

The book also contains many rare photographs made available to the authors by the late singer's family.

The entire work was authorised by Brook's widow, Mary, and daughter Vanessa, both of whom were keen to see it published.