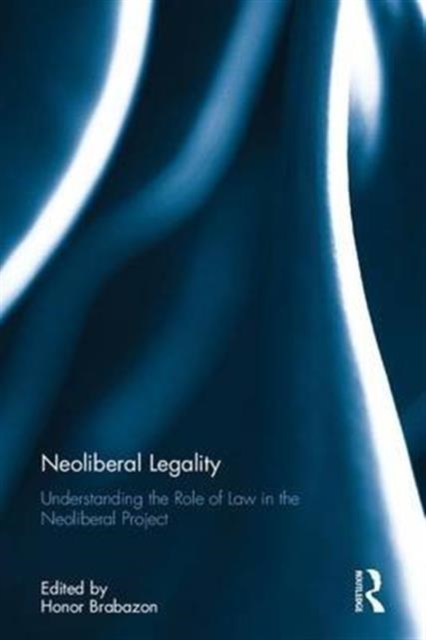 Neoliberal Legality : Understanding the Role of Law in the Neoliberal Project Hardback

Neoliberalism has been studied as a political ideology, an historical moment, an economic programme, an institutional model, and a totalising political project.

Yet the role of law in the neoliberal story has been relatively neglected, and the idea of neoliberalism as a juridical project has yet to be considered.

That is: neoliberal law and its interrelations with neoliberal politics and economics has remained almost entirely neglected as a subject of research and debate.

This book provides a systematic attempt to develop a holistic and coherent understanding of the relationship between law and neoliberalism.

It does not, however, examine law and neoliberalism as fixed entities or as philosophical categories. And neither is its objective to uncover or devise a 'law of neoliberalism'.

Instead, it uses empirical evidence to explore and theorise the relationship between law and neoliberalism as dynamic and complex social phenomena.

Developing a nuanced concept of 'neoliberal legality', neoliberalism, it is argued here, is as much a juridical project as a political and economic one. And it is only in understanding the juridical thrust of neoliberalism that we can hope to fully comprehend the specificities, and continuities, of the neoliberal period as a whole.