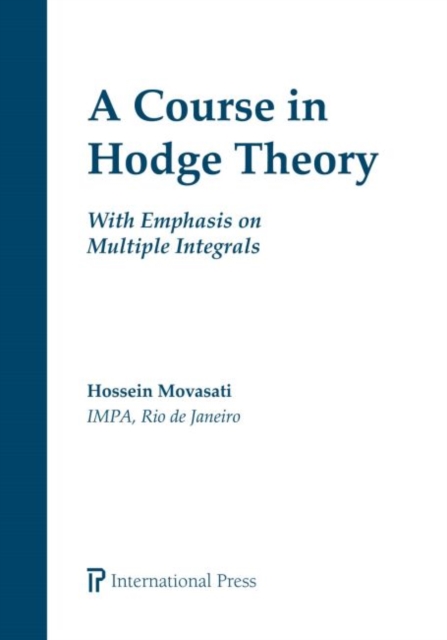 A Course in Hodge Theory : With Emphasis on Multiple Integrals Paperback / softback

Hodge theory-one of the pillars of modern algebraic geometry-is a deep theory with many applications and open problems, the most enigmatic of which is the Hodge conjecture, one of the Clay Institute's seven Millennium Prize Problems.

Hodge theory is also famously difficult to learn, requiring training in many different branches of mathematics. The present volume begins with an examination of the precursors of Hodge theory: first, the studies of elliptic and abelian integrals by Cauchy, Abel, Jacobi, and Riemann, among many others; and then the studies of two-dimensional multiple integrals by Poincare and Picard.

Thenceforth, the focus turns to the Hodge theory of affine hypersurfaces given by tame polynomials, for which many tools from singularity theory, such as Brieskorn modules and Milnor fibrations, are used. Another aspect of this volume is its computational presentation of many well-known theoretical concepts, such as the Gauss-Manin connection, homology of varieties in terms of vanishing cycles, Hodge cycles, Noether-Lefschetz, and Hodge loci.

All are explained for the generalized Fermat variety, which for Hodge theory boils down to a heavy linear algebra.

Most of the algorithms introduced here are implemented in Singular, a computer algebra system for polynomial computations. Finally, the author introduces a few problems, mainly for talented undergraduate students, which can be understood with a basic knowledge of linear algebra.

The origins of these problems may be seen in the discussions of advanced topics presented throughout this volume. 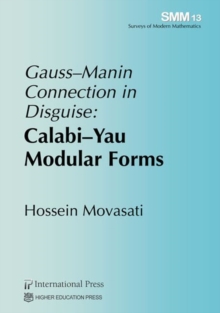