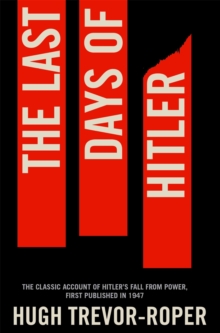 The Last Days of Hitler : The Classic Account of Hitler's Fall From Power Paperback / softback

Listed as one of the Guardian's 100 Best Nonfiction Books of All Time. In September 1945 the fate of Adolf Hitler was a complete mystery.

He had simply disappeared, and had been missing for four months.

Hugh Trevor-Roper, an intelligence officer, was given the task of solving the mystery.

His brilliant piece of detective work not only proved finally that Hitler had killed himself in Berlin, but also produced one of the most fascinating history books ever written. The Last Days of Hitler tells the extraordinary story of those last days of the Thousand Year Reich in the Berlin Bunker.

Besieged in the shattered capital, but still dominating the remains of his court, Hitler reiterated the original alternative of Nazism: either total victory or annihilation.

This book is the record of that carefully prepared, ceremonious finale to a terrible chapter of history. 'Brilliantly written and researched, The Last Days of Hitler remains the most vivid account of the final Wagnerian chapter of Hitler's tyranny' - Max Hastings 'This is an incomparable book, by far the best written on any aspect of the second German war: a book sound in scholarship, brilliant in its presentation . . . No words of praise are too strong.' - A. J. P. Taylor, New Statesman

Also by Hugh Trevor-Roper   |  View all 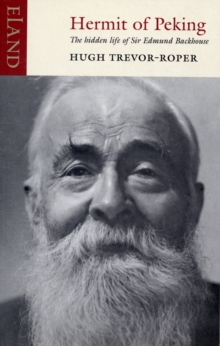 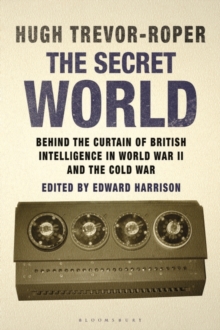 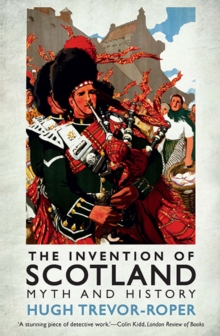 The Invention of Scotland