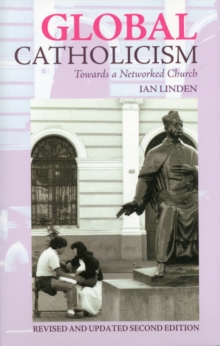 Forces as divergent as Jihadist Islam and Richard Dawkins are making religion more central to our lives today.

Ian Linden has been an active lay member of the Catholic Church for many years and has witnessed firsthand such important movements as liberation theology.

In this book, he charts the complex history of the forces of renewal unleashed by the Second Vatican Council and the counter-forces that gathered during the last half century.

It focuses notably on changes that had wider historical importance than the internal evolution of the Roman Catholic Church as a religious organisation: war and peace, nationalism and democratisation in Africa, liberation theology, military dictatorships, guerrilla movements in Latin America, Africa and Philippines, interaction with communist governments, inculturation and relations with resurgent Islam.

It views the Catholic Church as a unique example of a religious organisation responding in a unique way to globalisation.

Most unusually it adopts a perspective from the global "South" pointing to the future axis of Catholicism in the 21st. century. The book weaves together the interaction of ideas and action, doctrine and life, in an innovative and interdisciplinary way.