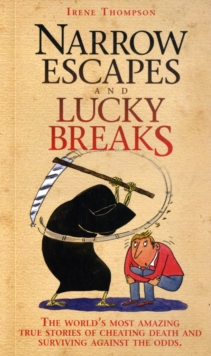 Some of the stories in this book are funny, some are dramatic and others are heart-warming.

All of them are incredible tales, whether astonishingly brushed with death, medical marvels or animal magic and stand as gripping testament to the endurance of the human spirit.

Janet Larson was on her way to New Orleans hospital to donate a kidney to her sick sister, buying her crucial time until a replacement could be found.

By chance she sat next to Allen Van Meader, a man about to visit another hospital where his 25 year old nephew was dying from an accidental gunshot wound.

The pair discovered that by chance the organ would be the right match for Janet's sister and she was saved.

In Malta in 1941, the commanding officer on bomb-clearing duty suddenly shouted a warning.

Seconds later, a buried bomb exploded, but not one solider was injured.

The officer couldn't say what had made him shout out and save them all from death.

Eighty days after a devastating earthquake struck Taiwan, killing 2,400 people in September 1999, a cat was discovered alive in some ruins.

Dehydrated and barely breathing, it had lost half its body weight, but made a full recovery. It's the longest post-earthquake survival by a cat. 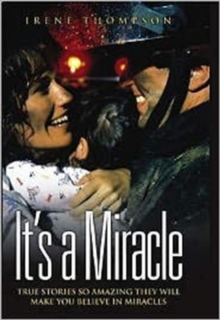