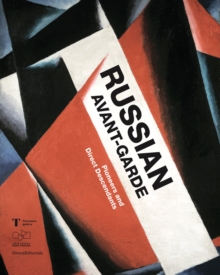 The State Tretyakov Gallery, the leading reservoir of Russian fine art in the world, has presented iconic masterpieces for the first time ever in Doha as part of Qatar-Russia 2018 Year of Culture.

The exhibition catalogue traces the connections between the artworks by revolutionary pioneers of the early 20th century such as Vladimir Tatlin, Alexander Rodchenko and Mikhail Matyushin in comparison to the creations of the artists of the avant-garde second wave. The most radical discoveries of the century manifested itself not only in the development of new forms, but also in the affirmation of innovative ways of overcoming prevalent traditional techniques and materials.

This global experiment which aimed to literally transform the world was revived towards the end of the 1950s in the art of the descendants.

These artists of the postwar generation shifted their focus mainly to movement, light and sound as fundamental elements of art. Paintings, graphic art, photographs and model reconstructions are evidence of how the Russian avant-garde forever changed the course of not only art history, but architecture, scientific progress and technology. Text in English and Arabic.