Although Sojourner Truth was born into bondage and oppression, in liberation she emerged as a leader in the most radical causes of her era.

She travelled the country as an outspoken and riveting presence, battling for the abolition of slavery and for women's suffrage.

While her role in these movements has been well-documented, biographers have frequently overlooked the influence of religion in Truth's life.

A participant in a number of the most significant religious movements of her day, including the Methodist Perfectionists, the Kingdom of Matthias, the Utopians, and the Spiritualists, Truth drew her notions of justice from religion.

Sojourner Truth: Prophet of Social Justice provides a concise biography of this important figure, integrating her religious life in ways that shed light on Truth's work and the religious movements of her day.

Accompanied by primary source documents including political records, speech transcripts, and selections from her autobiography, Richman's biography provides a rich and accessible narrative of Truth's life and legacy. Also in the Routledge Historical Americans series  |  View all 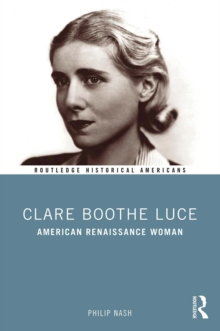