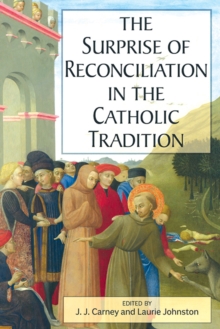 The Surprise of Reconciliation in the Catholic Tradition Paperback / softback

This collection of original essays written expressly for this volume comes out of retreats and meetings on the subject of Catholic social reconciliation.

How have ecclesial, liturgical, and ritual resources contributed to peacebuilding during and after socio-political conflicts?

The historical periods examined start with the patristic era and go up to such modern events as the "troubles" in Northern Ireland, restorative justice in U.S. prisons, resistance to the "shining path" violence in twentieth-century Peru, and reconciliation in Eastern Africa.