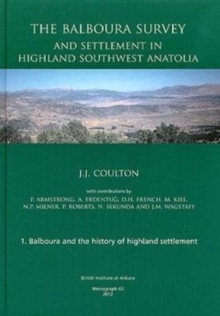 The Balboura Survey and Settlement in Highland Southwest Anatolia Hardback

Part of the British Institute at Ankara Monograph series

The Balboura Survey, conducted between 1985 and 1994, investigated the settlement history of a small district in the ancient region of Kabalia in the mountains of southwestern Turkey. Although the survey's focus was on the Hellenistic-Early Byzantine city of Balboura and its western territory, the fieldwork revealed significant prehistoric occupation, and the project included research into Ottoman and recent settlement. Vol. 1: Balboura and the history of highland settlement This first volume of the final publication analyses settlement in the survey area from the Chalcolithic to the 20th century, placing it in the context of the adjoining districts. Major themes include:- the relation of the local prehistoric sites to the long-lived cultures to the north and east, and to the sparse evidence for settlement along the coast to the south;- Balboura's foundation by immigrant Pisidians around 200BC, and the new pattern of small agricultural settlements which came with it, exploiting land up to 1700m; - the city's attachment to the Roman province of Lycia, its adoption of the civic culture of Hellenistic and Roman Anatolia, and the interplay of alternative ethnicities - Kabalian, Pisidian, Lycian and Roman; - subsistence, climate, and the stability of Balboura's rural settlement pattern through nearly 1000 years. - the balance between pastoral and settled occupation from the prehistoric period through to the present day. Vol. 2. The Balboura Survey: detailed studies and catalogues This second volume of the final publication contains detailed discussions of the prehistoric pottery and of the Hellenistic and later pottery, which provide a chronological framework for the interpretation of the survey, and a major study of Hellenistic and Roman inscriptions examined during the project, many of them unpublished. Later chapters discuss an early Balbouran soldier who died at Sidon, the fortifications and water supply of the city, funerary monuments, and churches and other early Christian remains. The final chapter discusses problems and methodological issues raised by the survey, which combined extensive and intensive fieldwork. Five detailed catalogues present the Hellenistic and later pottery, the evidence of ancient activity across the city site, the rural sites and their pottery, known inscriptions from the territory of Balboura, and Balbouran funerary monuments. 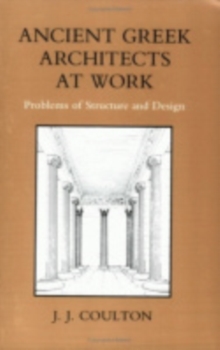 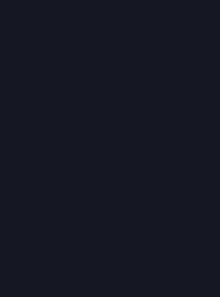 The Architectural Developemnt of the... 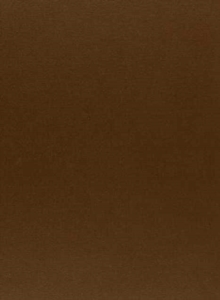 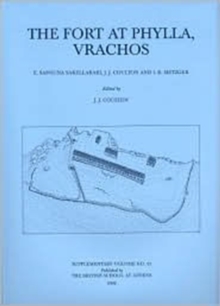 Also in the British Institute at Ankara Monograph series   |  View all 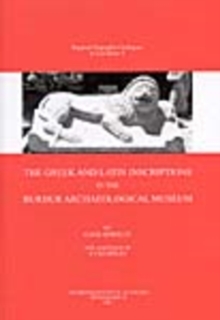 The Greek and Latin Inscriptions in the... 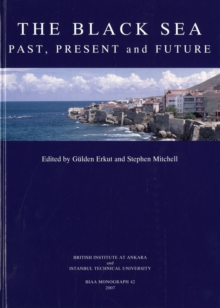 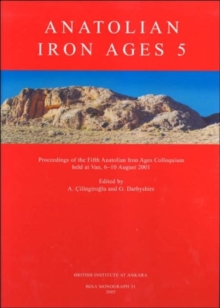 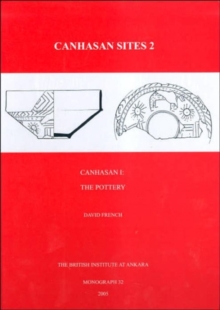