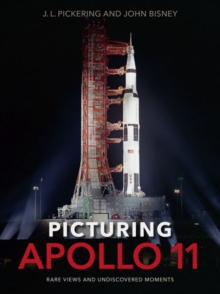 Picturing Apollo 11 is an unprecedented photographic history of the space mission that defined an era.

Through a wealth of unpublicized and recently discovered images, this book presents new and rarely-seen views of the people, places, and events involved in the pioneering first moon landing of July 20, 1969. No other book has showcased as many never-before-seen photos connected with Apollo 11, or as many photos covering the activities from months before to years after the mission.

Starting with the extensive preparations, these photographs show astronauts Neil Armstrong, Michael Collins, and Buzz Aldrin training for the flight, as well as the stages of the massive Saturn V rocket arriving at the Kennedy Space Center for assembly.

They capture the media frenzy over the unfolding story and the "moon fever" that gripped the nation. Also featured here are shots of incredible moments from the mission.

In these images, spectators flock to Cape Canaveral.

The rocket launches in a cloud of fire and thunder. Armstrong and Aldrin step out of the lunar module Eagle onto the surface of the moon.

The command module Columbia splashes down in the Pacific Ocean, and the extraordinary voyage is celebrated around the world and in the following decades. Most of the photographs were selected from NASA archives and the collection of J.

This book commemorates the historic mission and evokes the electric atmosphere of the time. 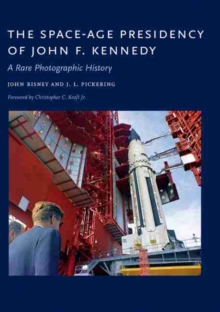 The Space-Age Presidency of John F....