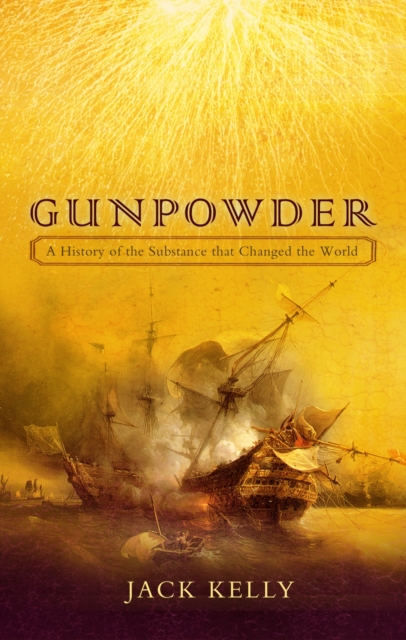 From fireworks in China to warfare in Renaissance Europe, Gunpowder is a riveting account of the history of substance that Francis Bacon declared to 'have changed the whole face and state of things throughout the world'. When Chinese alchemists fashioned the first man-made explosion sometime during the tenth century, no one could have foreseen its full revolutionary potential.

Invented to frighten evil spirits rather than fuel guns or bombs - neither of which had been thought of yet - their simple mixture of saltpeter, sulphur and charcoal went on to make the modern world possible.

As word of its explosive properties spread from Asia to Europe, from pyrotechnics to battleships, it paved the way for Western exploration, hastened the end of feudalism and the rise of the nation state, and greased the wheels of the Industrial Revolution. With dramatic immediacy, journalist Jack Kelly depicts the era in which the 'devil's distillate' rose to conquer the world, and brings to rousing life the eclectic cast of characters who played a role in its epic story, including Michelangelo, Edward III, Vasco da Gama, Cortez, Guy Fawkes, Alfred Nobel and E.

I. DuPont. A must-read for history fans and military buffs alike, Gunpowder brings together a rich terrain of cultures and technological innovations with authoritative research and swashbuckling style.