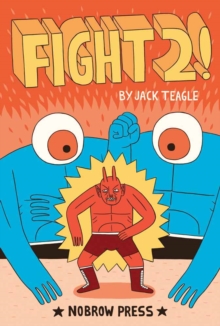 Fight 2! follows the continuing struggles of Diablo, a friendly and meek wrestler, who had the misfortune of being born with red skin and horns.

He is forced to play the role of a villain, but throws in the towel after he battles with the abuse and ridicule he recieves from his appearance in the ring and on the street.

Diablo is brought back into the ring to fight one last time, and he is pitted against the mysterious 'Eyeball twins' who are intent on making an example of him under the watchful eye of the menacing but tiny manager.