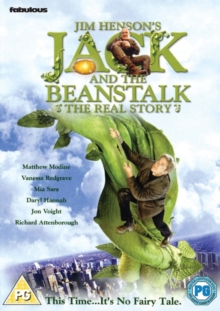 Jack and the Beanstalk - The Real Story DVD

Forever busy working, Jack Robinson (Modine) finds no time for anything else.

He has no idea that a curse laid upon his family long ago has doomed him to die at only 30-years-old.

As his fateful birthday approaches Jack is confronted by a colossal skeleton and a mysterious woman who tells him that she knows the truth of Jack's ancestry.

Jack embarks on a quest with his new companion in order to save himself from the family curse and return the mythical belongings of the giant to their rightful home.

Only then will the curse on him be lifted and the mythical tale of 'Jack and the Beanstalk' be resolved.