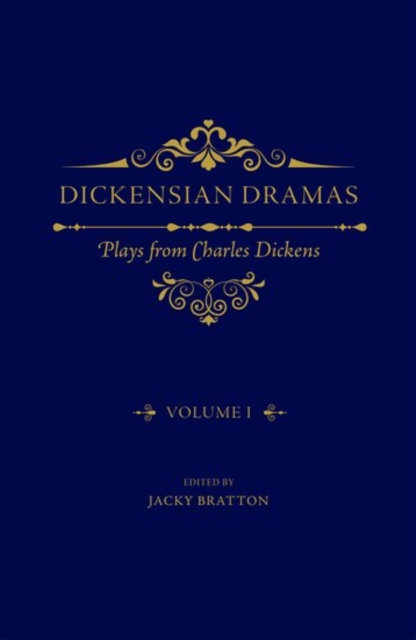 Dickens loved the stage-he enjoyed thousands of evenings in the theatre, and longed to write for it and to perform himself, an ambition that he eventually satisfied by touring alone with his Readings.

Victorian prejudice and his need to preserve his personal image kept him from openly becoming a stage professional earlier in his career, but all his work was informed by his dramatic imagination.

He found ways of circumventing these taboos by seeking closer and closercontact over the staging of his work with dramatic writers, admired actors, and trusted theatre managements.

This book presents, for the first time, fully edited texts of some of the plays which these tacit collaborations produced: dramatizations of Dickens's early novels (from The Pickwick Papersto Barnaby Rudge) and, especially, his Christmas books, which appeared almost annually between 1843 and 1848.

Each of these, from A Christmas Carol onwards, was staged in London's new West End theatres simultaneously with the book publication.

Dickens sent proof sheets to his friends to 'dramatize' work that was increasingly already conceived for the stage, and for the acting of his friends Bob and Mary Ann Keeley.

This selection of the plays created in this way, somepreviously unpublished, offers the first opportunity for modern scholars to consider not only an exciting body of translations to the stage made by the first generation of Dickensian adaptors, but also the influence of their work and of the performances they enabled upon the Dickens himself.