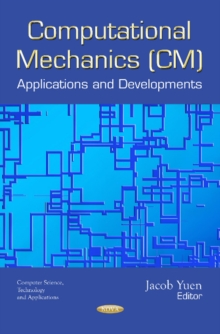 In this collection, the authors examine how modeling impact of solid particles contributes to an understanding of the fundamental mechanisms of erosive wear.

However, most previous studies focus on spherical particles, which are not representative of abrasive particles.

Hence, a study is presented which develops a mesh-free model based on the smoothed particle hydrodynamics (SPH) method to simulate the impact(s) of angular particles on metallic surface.

In the subsequent study, the objective is to solve a difficult elastodynamic problem that has innumerable technological applications, as well as to demonstrate the aptitude of classical numerical procedures to attack the problem.

A variety of numerical examples are evaluated by combining boundary conditions, variations in cross section and material composition.

Next, a model based on the modified strain gradient theory for the free vibration analysis of microbeams considering the effect of rotatory inertia and of shear deformation is presented.

An analysis of the effects of boundary supports of the microbeams on the natural non-dimensional frequencies is performed.

The results are obtained using the Ritz method with sets of admissible functions that can best model the microbeam boundary conditions.

The following work employs a physically interpretable notation called strain gradient notation to study the sources and effects of locking.

Such notation allows for the physical meanings of the polynomials coefficients to be identified early in the formulation procedure.

Another study is included in which the evolutionary process accounts for the threshold values for the Von Mises stress.

This study aims to evaluate the reliability of structures optimized topologically as well as to determine the robustness of the solutions provided by the topology optimization schemes.

In the closing work, the microwave heating of a liquid product inside a tank (reactor) with and without mechanical agitation was analyzed.

A mathematical model was developed that includes the resolution of the microscopic energy balance in which a source term is used to consider the interaction between food and microwaves.

From numerical simulations it was possible to evaluate the effect of the agitation rate, the position and number of the microwave-generators inside the cavity in the temperature profiles of the liquid products.