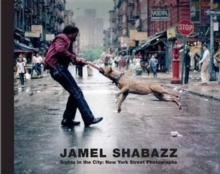 During the summer of 1980, under the direction of his father, a photographer, Jamel Shabazz armed himself with a Canon AE1 SLR camera and passionately photographed the urban landscape that he called home.

New York City-"the city that never sleeps"-was the ideal epicenter to photograph because of its 24-hour subway system and the many businesses that are open late into the night. Never without a dull moment, New York's energy inspired him to use the streets as a canvas for the majority of his work for over 35 years.

Photographing in the streets put Shabazz in the heart of all of the action-he carried his camera everywhere, always set and at the ready.

Like a fisherman seeking a fruitful catch, Shabazz ventured into locations full of life and uncertainty in hopes of capturing a unique moment. More importantly, he sought to gain insight into the conditions of the larger world and its inhabitants. Sights in the City is a testament to Shabazz's visual journey, contianing 120 color and black-and-white photographs, most of which have never been published.

His images are both intimate and provocative in nature, each having its own DNA. 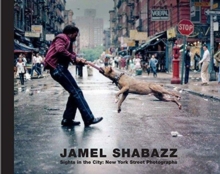