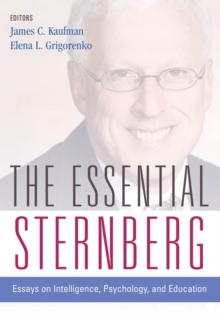 Sternberg's experiment has generated a significant amount of buzz in the college admissions world and has been the subject of recent newspaper articles in ""The Guardian"" (UK), ""The Boston Globe"" and ""Inside Higher Education"".

For nearly 30 years, Dr. Robert J. Sternberg has been recognized as one of world's leading authorities on human intelligence and intelligence testing.

Beyond it's inherent interest to psychologists, the book will be a useful summary for those people outside of academia who want an overview of Sternberg's views, including politicians, policy makers, teachers, and administrators.