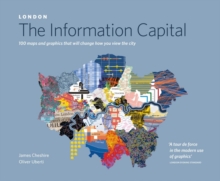 LONDON: The Information Capital : 100 maps and graphics that will change how you view the city Paperback / softback

Which borough of London is the happiest? Is 'czesc' becoming a more common greeting than 'salaam'?

James Cheshire and Oliver Uberti could tell you, but they'd rather show you.

By combining millions of data points with stunning design, they investigate how flights stack over Heathrow, who lives longest, and where Londoners love to tweet.

The result? One hundred portraits of an old city in a very new way. Dr James Cheshire is a geographer with a passion for London and its data.

His award-winning maps draw from his research as a lecturer at University College London and have appeared in the Guardian and the Financial Times, as well as on his popular blog, mappinglondon.co.uk.

He is a Fellow of the Royal Geographical Society. Oliver Uberti is a visual journalist, designer, and the recipient of many awards for his information graphics and art direction.

From 2003 to 2012, he worked in the design department of National Geographic, most recently as Senior Design Editor.

He has a design studio in Ann Arbor, Michigan. 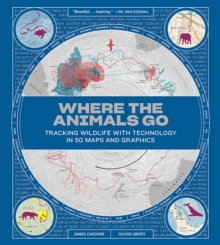 Where the Animals Go - Tracking... 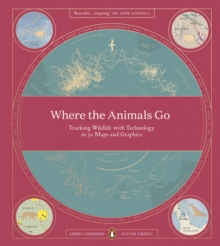 Where The Animals Go