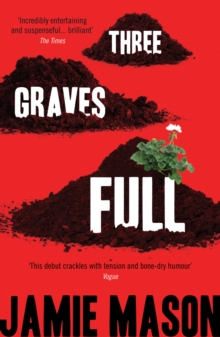 Hitchcock meets the Coen Brothers in a darkly comic suspense novel with the tense pacing of a thriller and the beauty of the best of literary fiction"A ripping good novel" The New York Times"An astonishing debut novel, smart and stylish... with an absolutely Hitchcockian menace" Peter StraubThere is very little peace for a man with a body buried in his backyard. But it could always be worse. Lonely widower Jason Getty killed a man he wished he'd never met, and buried him behind his own house.

A year later, just as he's ready to move on, Jason's gardeners dig up two other bodies on his property, a man and a woman.

Apparently unrelated, the surprising stories behind each murder begin to unravel as Jason becomes entangled in a race against time, two determined police detectives, and his own conscience. Jamie Mason's dark imagination, tender wisdom and sharp sense of comedy take us inside the hearts and souls of all her characters - policemen, criminals, victims, innocent bystanders and one truly remarkable dog. Psychologically brilliant, relentlessly entertaining and irresistibly pitch-perfect, Three Graves Full is a dazzling literary debut. Jamie Mason was born in Oklahoma City, but grew up in Washington, DC.

She currently lives with her husband and two daughters in the mountains of western North Carolina.

She is the founder and editor of authorscoop.com. Three Graves Full is her first novel. "Mason strides confidently into Coen brothers territory with her highly entertaining, solidly plotted debut about loneliness and the need for companionship" Publishers Weekly (starred review)"Three Graves Full is something special - an offbeat, high-class, pacy mystery that blends black humour with dark lyricism, and deft, intricate plotting with dead-on psychological insight.

A gem of a debut" Tana French"Portraying characters so well and so thoroughly, examining and explaining their motives even for murder, requires a level of skill that is rare, marking this as an astonishingly accomplished debut and Mason as a writer to watch very closely" Booklist, starred review, "A Top Ten Crime Novel of 2013""Mason's quirky debut novel deftly weaves dark humor into a plot that's as complicated as a jigsaw puzzle but more fun to put together...Mason's written a dandy of a first outing with not a single boring moment" Kirkus"Filled with biting wit and great prose style, Three Graves Full by newcomer Jamie Mason may be the debut of the year" Bookspan 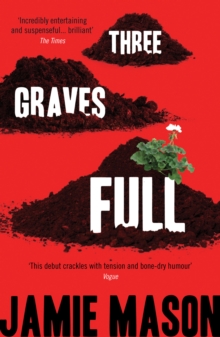