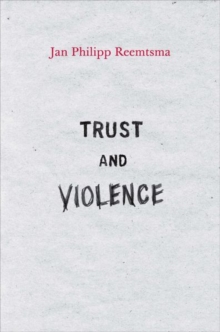 Trust and Violence : An Essay on a Modern Relationship Hardback

The limiting of violence through state powers is one of the central projects of the modern age.

Why then have recent centuries been so bloody? In Trust and Violence, acclaimed German intellectual and public figure Jan Philipp Reemtsma demonstrates that the aim of decreasing and deterring violence has gone hand in hand with the misleading idea that violence is abnormal and beyond comprehension.

We would be far better off, Reemtsma argues, if we acknowledged the disturbing fact that violence is normal.

At the same time, Reemtsma contends that violence cannot be fully understood without delving into the concept of trust.

Not in violence, but in trust, rests the foundation of true power.

Reemtsma makes his case with a wide-ranging history of ideas about violence, from ancient philosophy through Shakespeare and Schiller to Michel Foucault, and by considering specific cases of extreme violence from medieval torture to the Holocaust and beyond.

In the midst of this gloomy account of human tendencies, Reemtsma shrewdly observes that even dictators have to sleep at night and cannot rely on violence alone to ensure their safety. These authoritarian leaders must trust others while, by means other than violence, they must convince others to trust them.

The history of violence is therefore a history of the peculiar relationship between violence and trust, and a recognition of trust's crucial place in humanity.

A broad and insightful book that touches on philosophy, sociology, and political theory, Trust and Violence sheds new, and at times disquieting, light on two integral aspects of our society. 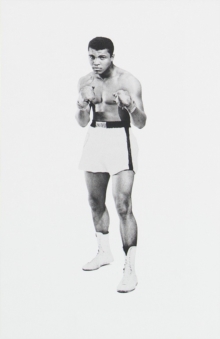 More Than a Champion 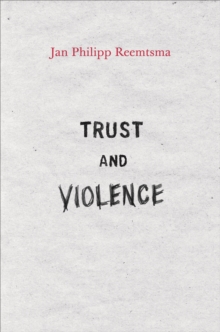