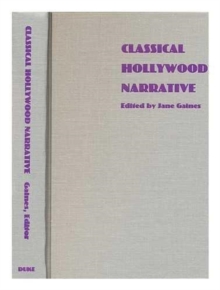 Since the 1970s film studies has been dominated by a basic paradigm-the concept of classical Hollywood cinema-that is, the protagonist-driven narrative, valued for the way it achieves closure by neatly answering all of the enigmas it raises.

It has been held to be a form so powerful that its aesthetic devices reinforce gender positions in society.

In a variety of ways, the essays collected here-representing the work of some of the most innovative theorists writing today-challenge this paradigm. Significantly expanded from a special issue of South Atlantic Quarterly (Spring 1989), these essays confront the extent to which formalism has continued to dominate film theory, reexamine the role of melodrama in cinematic development, revise notions of "patriarchal cinema," and assert the importance of television and video to cinema studies.

A range of topics are discussed, from the films of D.