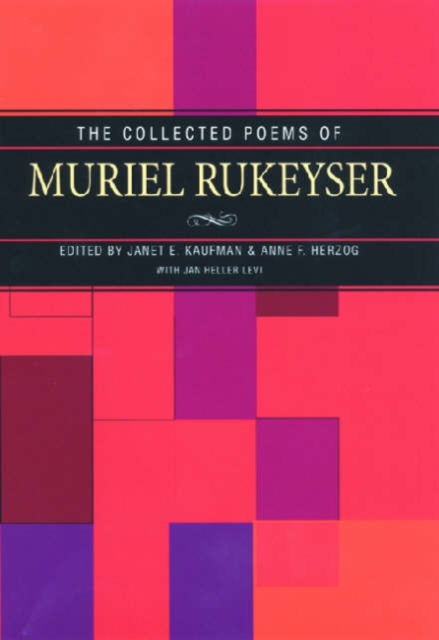 Muriel Rukeyser held a visionary belief in the human capacity to create social change through language.

She earned an international reputation as a powerful voice against enforced silences of all kind, against the violence of war, poverty, and racism.

Her eloquent poetry of witness-of the Scottsboro Nine, the Spanish Civil War, the poisoning of the Gauley Bridge laborers-split the darkness covering a shameful world. In addition to the complete texts of her twelve previously published books, this volume also features new poems discovered by the editors; Rukeyser's translations, including the first English translations of Octavio Paz's work; early work by Rukeyser not previously published in book form; and the controversial book-length poem Wake Island.

An introduction by the editors traces Rukeyser's life and literary reputation and complements discerning annotations and textual notes to the poems.