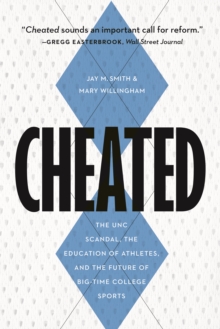 Cheated : The Unc Scandal, the Education of Athletes, and the Future of Big-Time College Sports Hardback

Home of the legendary Tar Heels basketball team, the University of North Carolina-Chapel Hill enjoys a sporting brand known the world over.

The alma mater of Michael Jordan and Mia Hamm, winner of forty national championships in six different sports, and a partner in what Sporting News calls "the best rivalry in sports," UNC-Chapel Hill is a colossus of college athletics.

Now, it has become ground zero in the debate on how the $16 billion college sports industry operates--an industry that coexists uneasily within a university system professly dedicated to education and research.

Written by notorious UNC athletics department whistleblower, Mary Willingham, and her close faculty ally, Jay Smith, Cheated: The UNC Scandal, the Education of Athletes, and the Future of Big-Time College Sports exposes the fraudulent inner workings that for decades have allowed barely literate basketball and football players to take fake courses, earning fake degrees from one of the nation's top universities while faculty and administrators looked the other way.

In unobscured detail, Cheated recounts the academic fraud in UNC's athletic department, even as university leaders attempted to sweep the matter under the rug in order to keep the billion-dollar college sports revenue machine functioning, and it makes an impassioned argument that the"student-athletes" in these programs are being cheated of what, after all, has been promised them from the start--a college education. 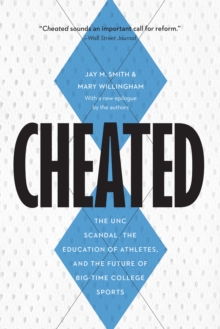