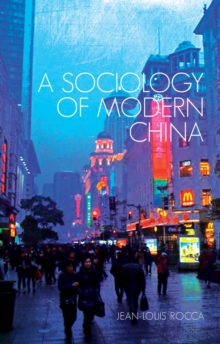 A Sociology of Modern China Hardback

Part of the Comparative Politics and International Studies Series series

Jean-Louis Rocca's admirably concise A Sociology of Modern China wears its scholarship lightly and paints an intimate and complex portrait of Chinese society, all the while avoiding cliches and simplifications.

He delves into China's history and examines the country's many different social strata so as to better understand the enormous challenges and opportunities with which its people are confronted. After discussing the 'long march toward re- form' and the crises along the way - among them the 1989 protests which culminated in the events in Tiananmen Square and elsewhere - Rocca dedicates the second half of the book to the major questions facing the country (or, at the very least, its political elites) today: new forms of social stratification; the interaction between the market and the state; growing individualism; and the pressures exerted by social conflict and political change.

In eschewing culturalist visions, Rocca thoroughly and successfully deconstructs received wisdom about Chinese society to reveal a thriving nation and its people. 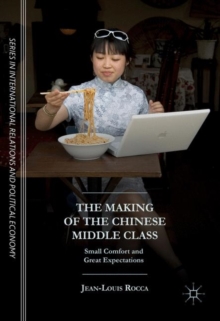 The Making of the Chinese Middle Class