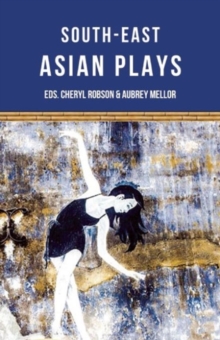 A collection of plays by eight playwrights, both new and established, from seven countries in Southeast Asia, a region which is experiencing profound change: Singapore, Vietnam, Malaysia, Thailand, the Philippines, Indonesia and Cambodia.

Southeast Asian Plays provides a fresh and unique snapshot of the rich variety of performance work that in many cases is only beginning to be written down.

Though now in English, there is little in common in these eight plays from seven very different nations in a region connected mainly by geography.

Until the founding of ASEAN, in 1967, Southeast Asia (SEA) was known to the world as the East Indies.

Covering 11 nations and 626 million inhabitants, over more than 4.4 million square kilometres, the south-east of the continent plunges into the sea, diversifying into many thousands of islands and languages as it reaches into the Pacific.

One of the largest and fastest-growing economies of the world, with a combined annual turnover of 2.8 trillion US dollars, it contains arguably the richest variety of arts, customs, cuisines and landscapes, and distinctively defined peoples. However, this part of the world is under-represented, especially in theatre and dramatic writing, and its vivid diversity deserves to be known beyond its splendid beaches and tourist spots.This is the first volume of Southeast Asian play texts to prioritise material that other countries (including SEA) might be interested in performing.

The aim is to introduce not only the writers but also the cultures that produced them.

Theatre scripts are merely blueprints for productions, especially in this region.

As elsewhere, second productions and revivals are rare, so publication is key to preserving some of this ephemeral art form and to allowing play texts to find a wider international readership.Much of the new work in this region remains unknown beyond the borders of language; within countries, plays are not readily circulated, as they are not commonly published in their original (often local) language, and are further neglected in translation. It is exciting to discover the other forms of play-making that exist in this region, and it is no accident that this collection includes many plays by women - a sign of the equity that has emerged as a feature of nations that are growing in pride, in industry, investment and in tourism, in innovation and in cultural originality.Plays:The Plunge by Jean Tay (Singapore)An Evening At the Opera by Floy Quintos (Philippines)Night of the Minotaur by Tew Bunnag (Thailand)Tarap Man by Ann Lee (Malaysia)Dark Race by Dang Chuong (Vietnam)Frangipani by Chhon Sina (Cambodia)Picnic by Joned Suryatmoko (Indonesia)Nadirah by Alfian Saat (Singapore) 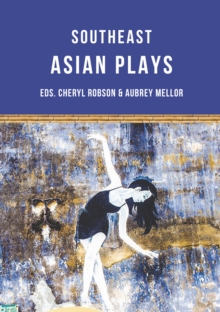