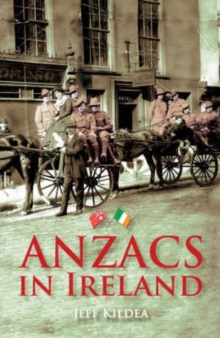 The book offers an account of the activities of Australian soldiers on leave who ended up in Ireland as tourists and often found themselves caught up in the Easter Rising of 1916 and the Black and Tan War.

The chapter on the Easter Rising adds a new dimension to the increasingly complex picture of that event, while students and scholars of the Irish diaspora will find much of interest also.

The author makes use of participants' diaries. There are fascinating glimpses of rarely mentioned social aspects of wartime Ireland, such as the 'six bob a day tourists' (Australian soldiers on leave).

Kildea also looks at the ongoing impact of the First World War on Australian and Irish identity, and compares recent commemorations of WWI in both countries