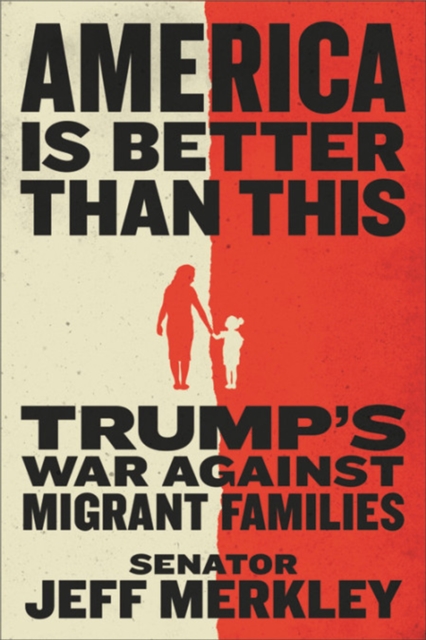 America Is Better Than This : Trump's War Against Migrant Families Hardback

No outsider had witnessed what Merkley discovered just by showing up at the border and demanding to see what was going on behind closed doors. Behind the official stories and soothing videos, he found mothers and children, new-born babies and infants, locked into ice-cold cages in makeshift prisons, or camping in blistering heat at the border.

There were internment camps with no running water. There were disused supermarkets overflowing with more than a thousand young boys, locked up with nothing to keep them sane or active each day. This was how the Trump administration treated the victims of the unspeakable violence that had driven them from their homes: as dangerous criminals whose spirits needed to be broken. It was Merkley's visits -- captured live on viral video -- that triggered worldwide outrage at the forced separation of children from their parents.

Just by taking an interest -- by caring about the people legally claiming asylum at America's borders -- Merkley helped expose the Trump administration's war on migrant families.

Along the way, he helped turn the tide against some of its worst excesses. FREE THEM! tells the inside story of how a junior senator, with no background of being an immigration activist, became one of the leading advocates for reform of the brutal policies that have created a new humanitarian crisis on the southern US border.

It represents the heartfelt and candid voice of a concerned American who believes his country stands for something far bigger and better than the punishment of immigrants who are no different from so many of the people who built the United States.