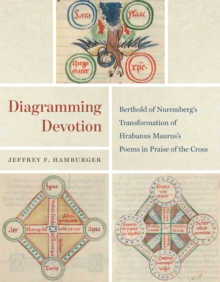 Diagramming Devotion : Berthold of Nuremberg's Transformation of Hrabanus Maurus's Poems in Praise of the Cross Hardback

During the European Middle Ages, diagrams provided a critical tool of analysis in cosmological and theological debates.

In addition to drawing relationships among diverse areas of human knowledge and experience, diagrams themselves generated such knowledge in the first place.

In Diagramming Devotion, Jeffrey F. Hamburger examines two monumental works that are diagrammatic to their core: a famous set of picture poems of unrivaled complexity by the Carolingian monk Hrabanus Maurus, devoted to the praise of the cross, and a virtually unknown commentary on Hrabanus's work composed almost five hundred years later by the Dominican friar Berthold of Nuremberg.

Berthold's profusely illustrated elaboration of Hrabnus translated his predecessor's poems into a series of almost one hundred diagrams. 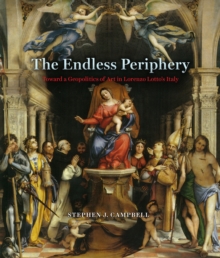