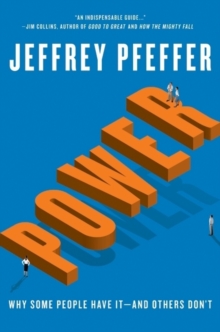 Power : Why Some People Have It-and Others Don't Hardback

Over decades of consulting with corporations and the people who run them and 30 years teaching MBA students the nuances of organisational power, Jeffrey Pfeffer has watched numerous people suffer career reversals even as others prevail despite the odds.

The most common mistake: most of us don't have a realistic understanding of what makes some people more successful than others.

We tend to subscribe to the just world phenomenon, believing that life is fair, rendering us unprepared for the challenges and competition of the real world.

Now, Pfeffer brings decades of research and incredible insights to a wide audience.

Brimming with counterintuitive advice, numerous examples from a variety of countries, and surprising but research-based findings, his groundbreaking guide reveals the strategies and tactics that separate the winners from the losers.

Power, he argues, is a force that can be used and harnessed for individual gain, but also for the benefit of organisations and society.

Power, however, cannot be learned from those in charge - their advice often puts a rosy spin on their ascent and focuses on what should have worked, rather than what did. Instead, he reveals the actual paths to power and career success.

Iconoclastic and grounded in the realpolitik of human interaction, "Power" is an essential organisational survival manual and a new standard in the field of leadership and management.

Also by Jeffrey Pfeffer   |  View all 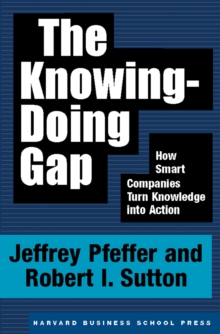 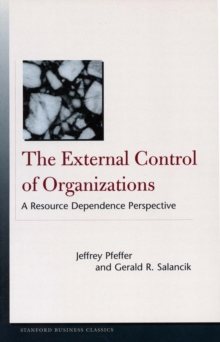 The External Control of Organizations 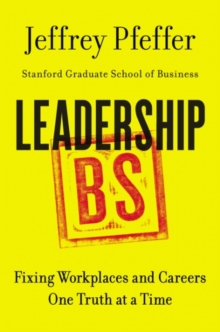 Dying for a Paycheck