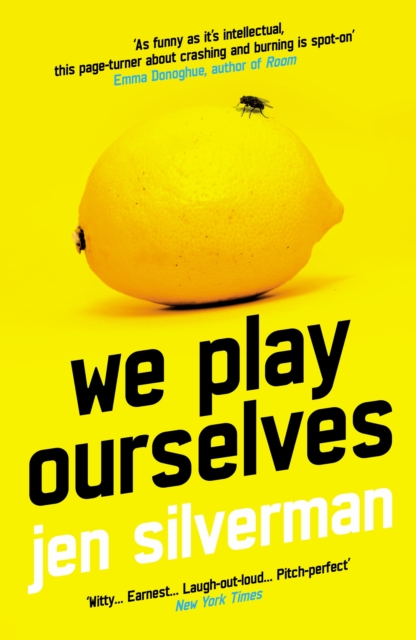 We Play Ourselves Paperback / softback

'As funny as it's intellectual, this page-turner about crashing and burning is spot-on about ambition, infatuation, theatre, film, ethics, teens, and everything else.' Emma Donoghue, author of Room 'Witty...Earnest...Laugh-out-loud...Pitch-perfect' New York TimesWhen Cass - a thirty something year old queer playwright - receives a prestigious award, it seems as though her career is finally taking off.

That is until she finds herself at the centre of a searing public shaming.

Fleeing New York, Cass moves to L.A. to start anew. Once there, she is pulled into the orbit of her charismatic neighbour, a filmmaker who's making an ethically murky documentary inspired by a group of teenage girls and their underground fight club.

But just as Cass begins to dream of a comeback, the past starts to catch up with her and she is forced once more to reckon with her ambition and the chaos it creates.

We Play Ourselves is a darkly funny novel about the cost of making art, and the art of making enemies. 'Funny, sharp, modern - this is an excellent debut novel.

Its bold, edgy, strange heroine has adventures and misadventures, screws up again and again, but somehow won my love.

I couldn't put this book down.' Weike Wang, PEN/Hemingway-award winning author of Chemistry