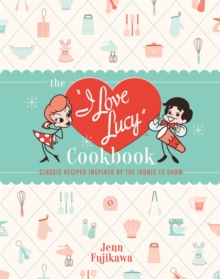 From Cuban cuisine to chocolate, pizza- and wine-making to escargot, food is at the 'heart' of many of the most beloved episodes of I Love Lucy.

Learn to feast like Lucy, Ricky, Fred, and Ethel and entertain in retro style with this collection of craveable classic recipes inspired by one of the greatest TV shows of all time.

Recipes include:Cuban dishes such as Ricky Ricardo's Famous Arroz con Pollo and a menu of 'Tropicana' nightclub favoritesChocolate treats and other sweet delicacies from Kramer's Kandy KitchenMid-century Hollywood's finest fare, from episodes set in the sunny film capitalDiner classics from season three's 'The Diner''Million Dollar Idea' Salad and, of course, Aunt Martha's dressing'Pioneer Women' Fresh-Baked Bread (easy on the yeast!)Classic cocktails to toast life's big events -- that won't leave you feeling like you've downed a bottle of VitameatavegaminThe I Love Lucy Cookbook brings to scrumptious life food featured on the show, as well as tantalizing dishes inspired by classic episodes such as 'Lucy's Italian Movie,' 'Job Switching,' and 'Paris at Last.' Filled with photos and illustrations, the book is also an exuberant celebration of an era and unforgettable television moments, complete with entertaining tips worthy of the world's favorite fictional housewife, best friend, and life of the party, Lucy Ricardo. 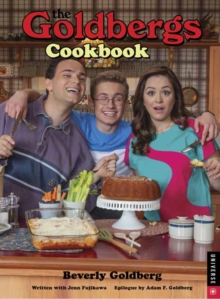