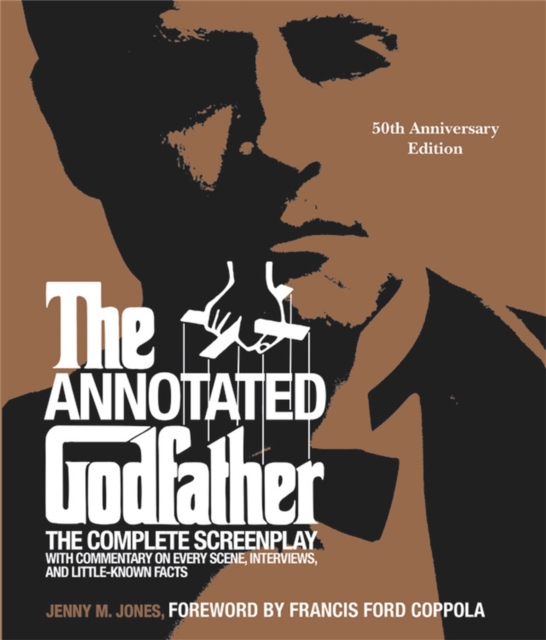 Celebrating the 50th anniversary of The Godfather, this authorized, annotated and illustrated edition of the complete, unedited screenplay, with a Foreword by Francis Ford Coppola, includes all the little-known facts, behind-the-scenes intrigue, and first-person reflections from cast and crew members on the making of this landmark film. From its ingenious cinematic innovations and memorable, oft-quoted script to its iconic cast, including Marlon Brando, Al Pacino, Robert Duvall, Diane Keaton, Talia Shire, and James Caan, The Godfather is considered by many to be the greatest movie ever made. And yet, the history of its making is so colorful, so chaotic, that one cannot help but marvel at the seemingly insurmountable odds it overcame to become a true cinematic masterpiece, and a film that continues to captivate its audience decades after its release. In this annotated and illustrated edition of the complete original screenplay, nearly every scene is examined and dissected, including:* Fascinating commentary on technical details about the filming and shooting locations* Tales from the set, including arguments, accidents, and anecdotes* Profiles of the actors and stories of how they were cast* Deleted scenes that never made the final cut, and the goofs and gaffes that did* And much moreInterviews with former Paramount executives, cast and crew members, and and all-new foreword by Francis Ford Coppola, round out the commentary and shed new light on everything you thought you knew about this most influential film.

With more than 300 photographs, this is a truly unique, collectable keepsake for every Godfather fan.