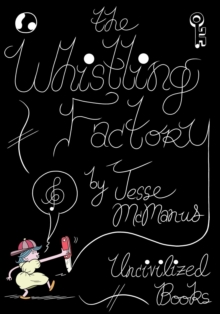 "Jesse McManus [can], draw in a beautifully cartoony way with great lines and fun sense and sensibilities." -Vice MagazineImagine comics created from the DNA of John Kricfalusi, Charles Burns with a dash of Jim Woodring.

You'd end up with animated, visionary comics by Jesse McManus.

The Whistling Factory is an audacious debut from the sui generis frenetic imagination of Jesse McManus. Jesse McManus has been drawing comics for a long time.

He was the youngest contributor to the now legendary oversize Kramer's Ergot #7.

His comics were featured in many different publications including Vice Magazine.

Jesse lives and works in Portland, OR.