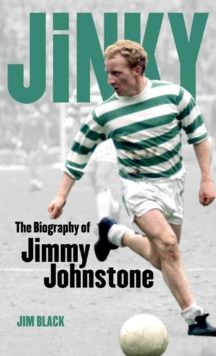 Jimmy 'Jinky' Johnstone, was born on the 30th September, 1944, in the district of Bothwell, Scotland.

He enjoyed a wonderful childhood and it was the daily games of schoolboy football in his youth that would define his life and his place in history.

Signed by Celtic in 1963, it's a testimony to Johnstone's magical balance, dribbling skills and sheer athleticism that he managed to play at the highest level for over twelve years without suffering a serious injury.

His ability to make defenders, particularly English ones, look ponderous and muscle-bound in their efforts to stymie his inventiveness and creativity, endeared him to football followers everywhere, even Rangers fans.

He became a footballing legend. Jimmy Johnstone was diagnosed with motor neurone disease in 2001.

He spent the last years of his life tirelessly researching and campaigning to find a cure for the disease.