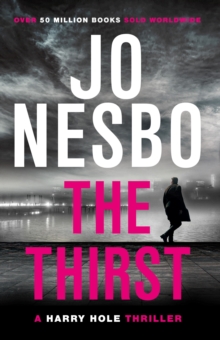 Harry Hole is back in the gripping Sunday Times number one bestseller! 'The king of all crime writers' Sunday Express There's a new killer on the streets A woman is found murdered after an internet date.

The marks left on her body show the police that they are dealing with a particularly vicious killer. And he's out for blood Under pressure from the media to solve the crime, the force know there's only one man for the job.

But Harry Hole is reluctant to return to the place that almost took everything from him.

Until he starts to suspect a connection between this killing and his one failed case... *JO NESBO HAS SOLD 45 MILLION BOOKS WORLDWIDE* *Watch out for The Kingdom, the new Jo Nesbo thriller, out now*