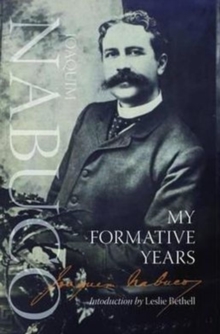 Joaquim Nabuco, for more than three decades a dominant figure in the literary, intellectual and political life of Brazil, was born in Recife in the country's Northeast in 1849 and died in Washington in 1910.

Nabuco is best known as the inspirational leader of the campaign in the 1880s for the abolition of slavery in Brazil, which after abolition in the United States and Cuba was the last remaining slave state in the Americas. Eighteen months after slavery was finally ended in 1888 the Brazilian Empire was overthrown and Nabuco, a committed monarchist, believing--wrongly--that his public career was over (from 1899 until his death he was to serve the Republic with distinction as Brazilian minister in London and Brazil's first ambassador to the Washington), devoted himself in 'internal exile' to writing, including a series of newspaper articles on his education, his early intellectual development, his discovery of the world outside Brazil and his life as a young diplomat and politician.

These articles, together with some later additions, were published as Minha Formacao (My Formative Years) in 1900. In twenty six chapters Nabuco examines (though not in chronological order): the first eight years of his life in Massangana, a sugar plantation in Pernambuco worked by slaves and his return there, as a student aged twenty, which he claimed determined his decision to devote himself to the abolition of slavery in Brazil; his education in the Law Faculties in Rio de Janeiro and Sao Paulo; the influence of Walter Bagehot s The English Constitution (1867) on his political thinking; his introduction to French literature and history (besides Portuguese he wrote his first poems and plays in French); his first visit to Europe in 1873-4, primarily a Grand Tour of Italy and France but ending in London where, he wrote, he was touched by the beginnings of anglomania (he was to visit and reside in London on seven separate occasions during the next 20 year before his six years as Brazilian minister there); his two years (1876-8) as attache in the Brazilian legations in Washington and London; the beginning of his political career in Pernambuco, contesting and winning election to the Chamber of Deputies in 1878 at the age of 29 and becoming a self-styled 'English liberal in the Brazilian Parliament'; the influence of English and North American abolitionists on his thinking about slavery and abolition; and the eventually successful parliamentary struggle to end slavery. A concluding chapter ('The last ten years 1889-1899') briefly considers his life after the abolition of slavery and the fall of the Empire. 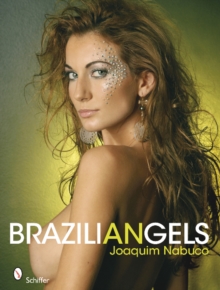 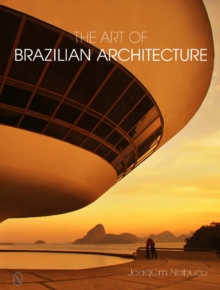