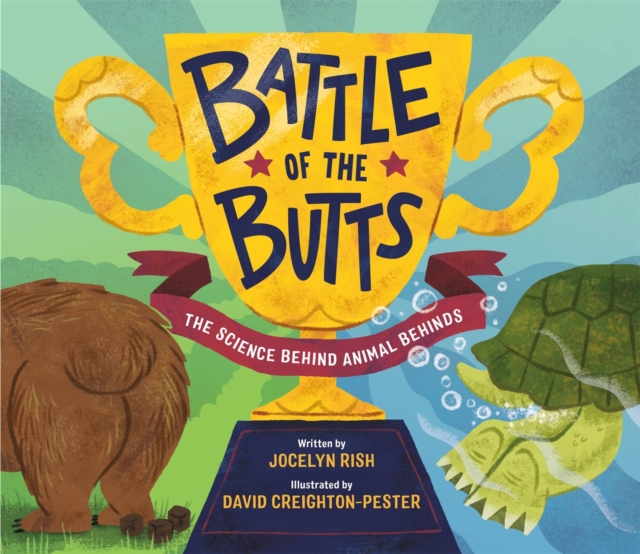 Battle of the Butts : The Science Behind Animal Behinds Hardback

Butts are funny, but they're also useful! Humans use their butts for two primary functions--sitting and pooping.

It's the same for most other animals. However, some species have adapted to use their backsides in several surprising ways.

Did you know manatees swim using farts? Or that herrings communicate by passing gas? There are animals that use their butts to protect themselves; others build things with their butts; and some breathe through their butts!

Focusing on ten different animals and their derrieres, and offering fun facts about their origin, habitat, and "posterior power," this hilarious book captures the wonder of our ecosystem.

Structured as a "battle" in which each animal is a "challenger" to see who has the most formidable rear, Battle of the Butts allows young readers to rank their favorite butts.