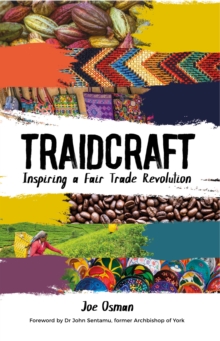 Traidcraft was a true pioneer of the Fair Trade movement and has played a major role in changing the landscape of ethical shopping.

This book charts the history of Traidcraft from its birth in 1979 up until its 40th anniversary in 2019.

The story is told through the eyes of one of its longest serving members, Joe Osman, who joined Traidcraft in its early days.

The book features stories and anecdotes covering his extensive experience of travelling and putting fair trade into practice. Traidcraft was always an initiative rooted in the Christian faith and those origins are explored, as are the challenges of putting faith into action through a different way of doing business.

Including contributions from many ex-members of staff, including its founder, as well as external collaborators and producers, this is a fascinating history of a truly revolutionary company.