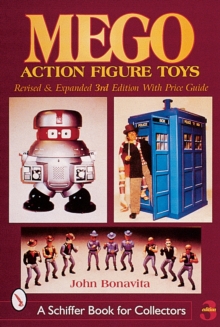 Toy action figures are tremendously popular collectibles, and many collectors argue that Mego is the premier maker.

Super Heroes from comics, television and movie stories were made with interchangeable clothes, equipment and vehicles.

In this new third edition of a classic collector's guide, all of these figures are shown with their original packaging in over 400 color photos, with newly updated values.