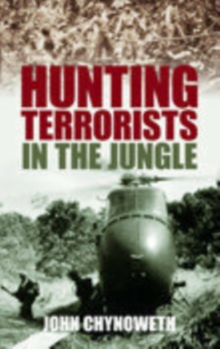 In the early 1950s, Britain's empire was in rapid decline.

Many countries had gained independence, but some still remained in the Empire as the infrastructure was put in place for them to gain their independence.

Although not at war, Britain was fighting freedom fighters and terrorists in countries as diverse as Cyprus and Malaya.

National Service was still in force and many young British men found themselves in far-flung lands, fighting against EOKA terrorists and Communist rebels. Hunting Terrorists in the Jungle is the dramatic story of just one young Lieutenant who had been transplanted from his home in England and trained to kill the Communist rebels in Malaya.

These self-same rebels had been trained during the Second World War by the British to attack the Japanese occupiers, but were now using the skills learned to disrupt the British and Malay authorities.