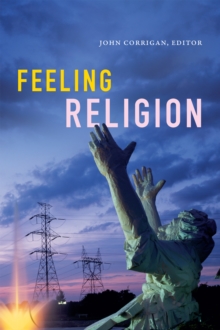 The contributors to Feeling Religion analyze the historical and contemporary entwinement of emotion, religion, spirituality, and secularism.

They show how attending to these entanglements transforms understandings of metaphysics, ethics, ritual, religious music and poetry, the environment, popular culture, and the secular while producing new angles from which to approach familiar subjects.