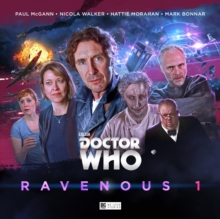 Part of the Doctor Who - Ravenous series

Having saved the universe and restored peace at home, the Doctor and Liv go in search of their friend, Helen.

Following a trail of breadcrumbs through space and time they discover an unsavoury conspiracy, and an old enemy lurking in the shadows, waiting. 1.1 Their Finest Hour by John Dorney. In the early days of the Second World War a strange and elusive craft attacks British targets.

Could it be a German superweapon? Churchill calls for the Doctor's assistance and with the help of a squadron of Polish fighter pilots the TARDIS crew take to the skies to investigate. 1.2 How to Make a Killing in Time Travel by John Dorney.

A disturbance in the vortex causes the TARDIS to land on the Scapegrace space station, where Cornelius Morningstar experiments in time-travel for nefarious purposes.

But the Doctor's plan to stop him winds dangerously out of control as the different agendas of criminals, murderers and alien dynasties conspire against him. 1.3 World of Damnationby Matt Fitton Rykerzon is a maximum-security planetoid designed to hold the most dangerous criminals in the star system.

The Governor plans to reform its inmates, with the help of the Kandyman.

The Doctor and Liv have finally tracked down their friend - but are they too late? 1.4 Sweet Salvation by Matt Fitton. The Eleven has the authorities in the palm of his hand and an entire world held to ransom when the Kandyman cooks up a deadly confection containing a secret ingredient.

In a last -ditch attempt to prevent disaster Liv teams up with a desperate criminal, and the Doctor must decide whether Helen is still his friend.

Companion Liv Chenka is played by Nicola Walker, one of the busiest and most popular UK TV actors, with appearances over the last year alone in Collateral, Inside No. 9 and Unforgotten on BBC and ITV. This new set kicks off a fresh arc, and features a return for one of the Doctor's most grisly foes: the Kandyman! 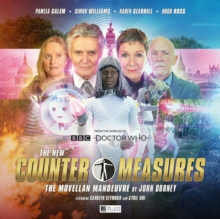 The New Counter-Measures: The Movellan...

Also in the Doctor Who - Ravenous series 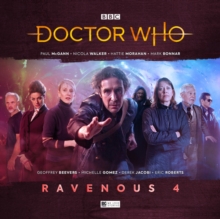 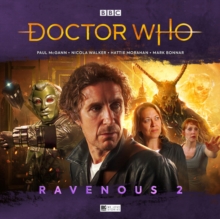 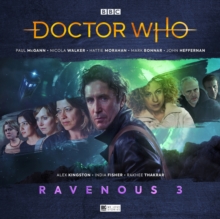