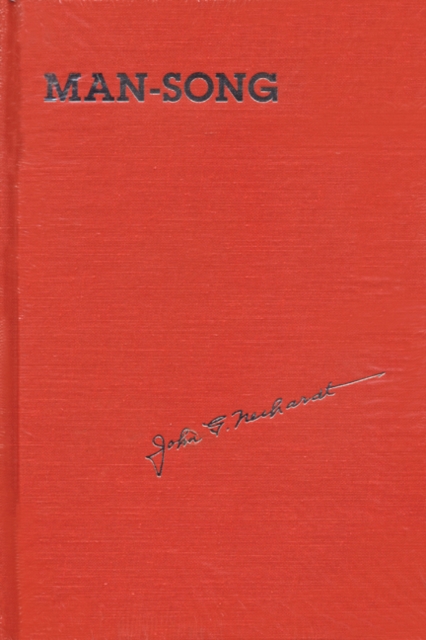 Originally published just months after his marriage to Mona Martinsen, the poems collected in Man-Song celebrate passionate love and offer many personal glimpses of the young John Neihardt.

Poems like "A Vision of Woman" and "Women-Wine" show the lover's prejudices and greedy need for caresses and strong embraces.

Those like "To Volney Streamer" are addressed to male friends and anticipate the theme of male bonding that runs throughout his work. Because passion takes various forms, Man-Song also include lyrics of the warrior little like the war chants Neihardt later learned from Plains Indians. "Battle Cry," a poem that was recited by Clarence Darrow and Samuel Gompers, is an example of the fighting songs current in the European avant-garde preceding World War I.

Neihardt was beginning his struggle to reconcile the demands of the robustly physical life with spiritual insight.

This edition is the first complete reprinting of the work since 1909.