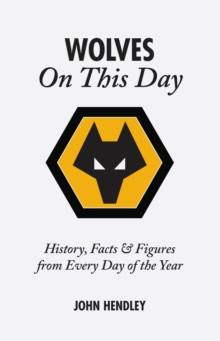 Wolverhampton Wanderers on This Day : Wolves History, Facts and Figures from Every Day of the Year Hardback

Wolves On This Day revisits all the most magical and memorable moments from the club's rollercoaster past, mixing in a maelstrom of quirky anecdotes and legendary characters to produce an irresistibly dippable gold-and-black diary - with an entry for every day of the year.

From founder members of the Football League through to the Premier League era, the Wolves faithful have witnessed title triumphs in every division from One to Four, promotions and relegations, breathtaking Cup runs and European nights - all featured here.

Revisit 25th March 1893, when Wolves won the FA Cup before an overflowing crowd in Manchester. 17th May 1972: the UEFA Cup final decider against Spurs! Or 13th December 1954, when Wolves came back to beat Honved, helping to restore national pride into the bargain! 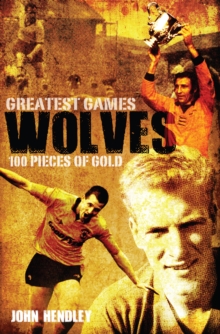