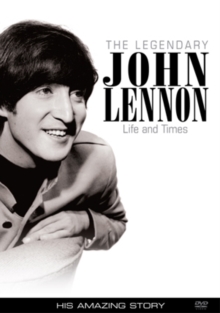 Documentary which takes an in-depth look at the life of John Lennon and his cultural influence as both a member of The Beatles and a solo artist.

One of the most celebrated and iconic musicians of the 20th century, Lennon's influence extended beyond music courtesy of his consistent opposition to war and, particularly, the Vietnam War.

This documentary looks at all aspects of Lennon's life, from his early years in Liverpool to his death in 1980.